Mayors cannot take their gifts home with them. So now it’s up to the city to auction them off.

When a dignitary visits the stately and palatial addresses of a New York City mayor, it is wise to bring a gift. Mayors, filled with avarice and jealousy, covet material possessions above all else. If you arrive empty-handed for a street naming or official proclamation, you might find yourself mysteriously without garbage collection for a few months, or an NYPD helicopter parked firmly above your home during the midnight hours.

A mayor’s love of gifts is a truly sad predicament for our many hizzoners, seeing as how, by law, they simply cannot take the gifts with them after they leave office. The gifts belong to the polity. Much like being mayor marks the sapping of one’s future electoral prospects, likewise their gifts are stripped from them at the end of their tenure (perhaps Mayor Bloomberg so enjoyed his gifts that he lobbied for his third term solely to spend more time with them).

After the mayor’s leave their post, the remaining gifts, now in stately possession, are something of a burden to local functionaries. Must we maintain the “very beautiful bowl” that Mayor Bloomberg was gifted? Surely someone should relieve them of this burden!

Wondrous news—the NYC Department of Citywide Administrative Services (DCAS) has seen fit to begin a series of auctions for the public to buy “select items gifted to previous New York City mayors.” These include “​​art, jewelry, sports memorabilia, and other keepsakes.” Imagine! A piece of New York gift-giving history in your very own home!

Just make sure not to let any of New York’s former mayors weasel their way into your abode—perhaps feigning some illness or inquiring about some “forgotten trinket of yore that must be recovered.” Surely this is subterfuge to regain their lost treasures—remind them that this would be against Chapter 68 of the New York City Charter, and that you mean no disrespect, but you simply must keep the door closed (and perhaps, for good measure, double-bolted).

To guide you in your collection of these rare valuables* through public auction, here are Hell Gate’s five most-coveted gifted frivolities, may you bid wisely!

*One gift that you might notice is absent from this DCAS list—the FOUR World Series rings that Giuliani took from the Yankees, that he never paid the actual value for, as revealed by the great Wayne Barrett while Rudy was running for president back in 2007. 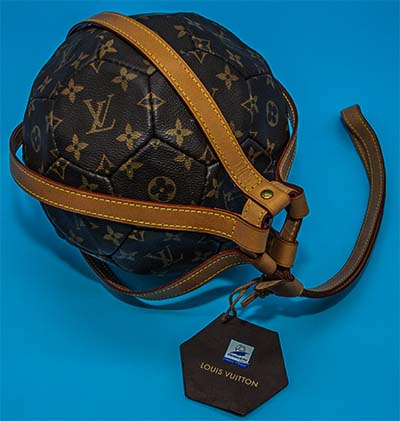 1) Giuliani’s Louis Vuitton Soccer Ball to Commemorate 1998 World Cup: Incredible, very much in keeping with the time period. Both priceless and valueless. Vanity of boundless and never-ending American empire.

Do not bid more than $25,000 or equivalent high-end faux handbag sporting goods. 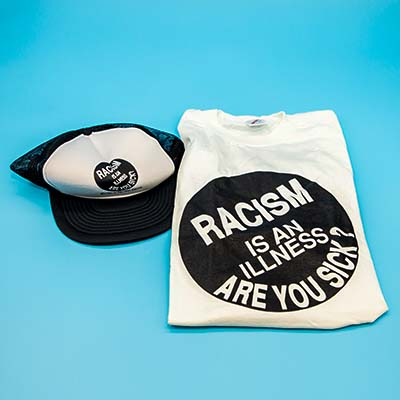 2) Mayor Dinkins’ T-Shirt/hat pairing, “Racism is an illness. Are you sick?”: Insane swag, apparently comes with matching hat. A must cop.

Do not bid more than $45,000 or equivalent amount of Hell Gate hats (available at the Hell Gate Believer level!) 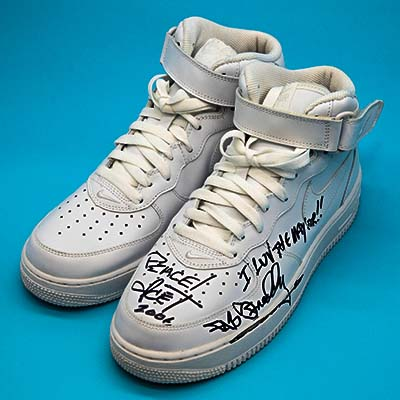 3) Nike Air Force 1 Sneakers Autographed by Ice-T and Fab 5 Freddy and gifted to Mayor Bloomberg: It was said that Mayor Bloomberg was a “sneaker-head” and that his first terminals were actually to track sneaker deadstock and the AF1 resale market. [Ed. Note: Need citation]

Do not bid more than $400,000 unless you’ve already purchased sneaker futures based on information gleaned from the terminal. 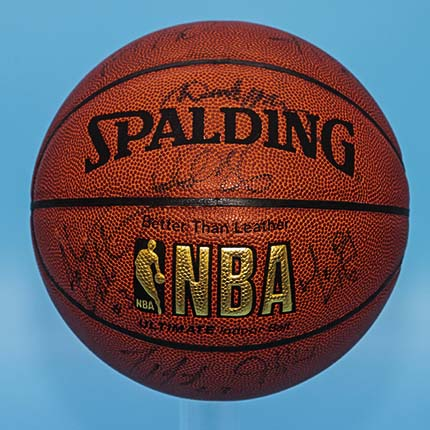 4) Mayor Giuliani’s Spalding basketball autographed by players from the 1999 New York Knicks: Chris Childs, Latrell Spreewell, Marcus Camby, Larry Johnson, Allan Houston. The last good Knicks team, a defiant group that bullied their way to the 1999 NBA finals. There won’t be another like them. (Seriously though, the Knicks will never be remotely good again).

Do not bid more than $1.3 million or an equivalent amount that’s still owed to Joakim Noah. 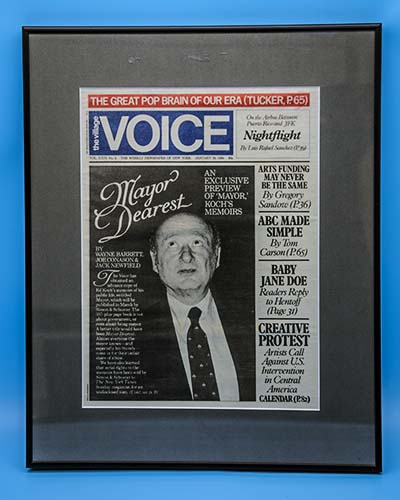 5) A framed copy of The Village Voice featuring Mayor Koch on the cover: Did you know New York City used to have an alt-weekly filled with investigative journalism, culture reviews and provocative essays? Bummer it no longer really exists. Well, guess you never know what it’s like until it’s gone, right? Wouldn’t want another publication that follows in its spirit to bite the dust. No, I would do everything in my power to make sure it doesn’t!

Do not bid more than $2.5 million, made out in a check to Hell Gate, LLC

Max Rivlin-Nadler is a co-publisher of Hell Gate. He's reported for Gothamist, The New York Times, Village Voice and NPR. You can find him walking his dog, Stiva, or surfing in the Rockaways.

NYC Will Pay Millions for Locking Up People Who Had Already Paid Bail, But It’s Still Doing That

As the City settles a major class-action lawsuit, it’s still dragging its feet releasing people who have posted bail.

Prepare Yourself for Sagittarius December Doldrums

It's December at last, which means New York's indisputable worst month (November) is over.

Albany to NYC Subways, Drop Dead? And other links to start your day.

Henry Hill Slept Here: My Journey Through the ‘Goodfellas’ Locations of NYC

The tour’s locations capture a relatively ungentrified slice of deep Brooklyn and Queens, where mobsters once reigned like kings, hijacking and stealing and paying off the cops...And now it’s all over.

A Norway spruce might live 300 years or longer, but this one would have to die.